The Oilers are a weak defensive team full of young talent that arguably didn’t live up to expectations in 2015. Can Connor McDavid, Jordan Eberle, Leon Draisaitl, Jesse Puljujarvi and Milan Lucic lead this team to the playoffs? Possibly. They’re certainly on the fringe.
Vancouver Canucks

The Canucks are a train wreck of mediocre goaltending and aging veterans without any solid prospects outside of Bo Horvat and Jake Virtanen. The team made weak offseason moves by trading Jared McCann, one of their few strong young players, for Erik Gudbranson and then paid way to much to acquire Loui Eriksson. This will surely be a disappointing season, and likely next few seasons, for fans in Vancouver.
Arizona Coyotes

This is a developing team with a ton of talented young players and a few solid veterans. However, the Coyotes are still in rebuilding mode and I don’t think anyone expects anything but a struggle for them to win games in 2016. Expect big things from Arizona in a few years, but for now don’t get your hopes up.
Colorado Avalanche

The Avalanche don’t have a terrible team but they have the misfortune of competing in the Central division. It’ll be interesting to see what new head coach, Jared Bednar, does with this team.
Winnipeg Jets

The Jets have been developing for the last few years and are on the verge of a breakout. They have a ton of young talent like Patrick Laine, Nikolaj Ehlers, Mark Scheifele and Jacob Trouba. If the Jets don’t make the playoffs in 2016 and keep their roster intact they’ll be a shoe-in for them in 2017.
Minnesotta Wild

This is a team that I see having the potential to go either way. They are a solid team that could easily make the playoffs. However, I could just as easily see them missing them. Zach Parise has trouble staying healthy and their younger players are still undeveloped. Whether new head coach Bruce Boudreau can lead this team to the playoffs is uncertain.
Calgary Flames x

The Flames have made a ton of offseason moves including hiring a new coach. The team is obviously looking to rebound after their terrible 2015 season. They have a ton of young talent that are on the verge of making the step into NHL stardom and, arguably, the number one goalie in Brian Elliot. There are a ton of reasons to expect a bounce-back season and playoff birth for the Flames in 2016.
Los Angeles Kings x

The Kings only lasted five games in the 2015 playoffs and didn’t make any waves this offseason. However, they still have one of the best rosters in the NHL. Kopitar and Toffoli are a dynamic force and Jonathan Quick is one of the most talented goalies in the NFl. They will all be integral pieces to this teams success in 2016.
St. Louis Blues x

The Blues were plagued by injuries in 2015 and still managed to win 49 games and get within 2 points of the division title. They’re a strong team that should continue to compete despite the loss of their captain, Brian Elliot and other key players like David Backes and Troy Brouwer.
Dallas Stars x

The Stars managed to win the Central Division in 2015, a division that contained three of the NHL’s top-five teams. They also did it without Tyler Seguin, one of their most valuable assets, in the final stretch. Sequin will be back this year along with Jamie Benn and Patrick Sharp. The line combination of these three stars combined for 94 goals and 217 points. Ducks fans have a lot to be excited about in 2016.
San Jose Sharks x

This team is full of young talent that keeps getting better and better. Furthermore, it has talented veterans to balance out its youth. Joe Thornton is coming off his best season in years. Martin Jones has emerged as one of the best goaltenders in the league after his impressive playoff performance including a 44-save game in game 5. This is a team that can easily make another deep run in 2016.
Nashville Predators x

This was an already talented team and then they acquired Subban in arguably the best trade of the offseason by any team in the NHL. This is a team that has a chance to really compete in 2016.
Annaheim Ducks y

After an inspiring turnaround in 2015 and going on to allow the fewest goals of all teams in the regular season (192) the Ducks traded their number 1 goalie this offseason. They also fired their coach Bruce Boudreau after losing in the first round of the playoffs to the Predators. The Ducks are still an impressive team defensively and should put up strong numbers in 2016.
Chicago Blackhawks z

There’s so much talent on this team it’s absurd. Between veteran superstar Patrick Kane and emerging 2015 rookie, soon-to-be star, Artemi Panarin, who scored 30 goals and had 47 assists in 2015, this team looks like the team to beat in the west.
East

Despite finishing 6th in the division in 2015, this team is possibly the worst in the NHL. Aside from Jordan Stall and Jeff Skinner, they have no impact players and their defense lacks experience. Look for them at the bottom of the standings all year.
Buffalo Sabres

The Sabres are progressing but doing so slowly. They are not a playoff contender this year. While they have  a solid mix of fresh young talent and seasoned veterans, the team will continue to grow. However, temper your expectations. Wait a year or two and you’ll see the Sabres creep their way up the rankings.
Philadelphia Flyers

The Flyers shocked the world last year when they miraculously snuck their way into the playoffs. Expect a long fall back to earth as they will likely finish 7th in the Metropolitan. They lack a solid goalie and don’t have the talent elsewhere to compensate. The Flyers will not make the playoffs in 2016.
Columbus Blue Jackets

Its hard to know what to expect from this team. They’ve had too terrible seasons due to injuries and there’s no way to know if they’re ready to compete in 2016. If they can stay healthy, they have a chance. However, history proves that’s unlikely.
Toronto Maple Leafs

The Leafs are still developing and their future looks bright, but not this season. They have a ton of young talent like Auston Matthews, William Nylander, and Nikita Zaitsev. Furthermore they have a top-tier goalie in Frederick Andersen. This Leafs team will be better than last year but not good enough. Expect big things in 2017 and 18 but not in 2016.
Ottawa Senators

The Senators have been quiet this offseason aside from adding Derek Brassard and a new head coach, Guy Boucher. This team could go either way. I could see them sneaking into a wild card spot, but more likely I see them falling somewhere near 4th or 5th in the Atlantic and missing the playoffs.
Boston Bruins

Trading Tyler Sequin will haunt this team forever. They will continue to be terrible in 2016 and I’m glad for it.
New York Islanders x

Losing Okposo is going to hurt this team more than they expect. They can’t leave it all up to Tavares and their additions of Ladd and Parenteau are weak moves at best. The Islanders have a tough year ahead of them.
New Jersey Devils x

The Devils are going to come out swinging and surprise everyone this season. Cory Schneider is one of the best goalies in the league and the addition of Taylor Hall will give them the offensive power they needed. This is a team that is ready to compete.
Detroit Red Wings x

The Red Wings were very good last year and they have essentially the same roster in 2016 except for the loss of Datsyuk and the additions of Vanek and Nielson. In all likelihood, these subtle roster moves will probably hurt the Red Wings, but they are still good enough to wrangle a wild card spot as they have done for the last 25+ years in a row.
Rangers x

The Rangers are closing in on their finals days of being a playoff contender with their current roster. Most of their impact players like Rick Nash, Lundqvist and Girardi are at the ends of their careers. The Rangers haven’t drafted well in the last few years and they will begin to feel the impact of those mistakes in the coming years. This may be their last true shot at a deep run.
Tamp Bay Lightning x

The Lightning managed to make a deep playoff run in 2015 despite a roster plagued with injuries all season long. The team is loaded with stars and will have no trouble competing in this division. The team is loaded with talent and depth, but Nikita Kucherov will be the guy to watch in Tampa after he led the team in goals and points in 2015.
Washington Capitols x

The Caps had an impressive 56 win 2015 regular season that was good enough for 8th most in NHL history. They, however, were knocked out of the playoffs in round two by the Penguins. Expect Ovechkin, Oshie, and Kuznetsov to come back with a vengeance in 2016.
Pittsburgh Penguins y

Mike Sullivan turned this team around halfway through the 2015 season and led them to a 14-2-0 run in their last 16 games. The Penguins are a fast team full of top tier veterans including captain, Sidney Crosby, who proved he’s still one of the best on the ice with a late season streak. They also have a budding crop of young dynamic players including Bryan Rust, Conor Sheary and Matt Murray. This is a team with both talent and depth and should be at the top of the standings for years to come if they can stay healthy.
Florida Panthers x

The Panthers had a franchise record season in 2015 with 47 wins and 103 points. This team will look to build on that momentum as its younger players gained valuable experience in their short playoff contention. The loss of Brian Campbell will be felt, but Jaromir Jagr is coming off a tremendous season in 2015 and should continue to be a scoring threat in Florida.
Montreal Canadiens p

This Habs team is a contender for most improved team in the division. The additions of Weber, Radulov, and Shaw will make dynamic changes in their performance. Furthermore, they still have Carey Price. This is a powerful team that will be tough to beat. Expect big things from the Habs in 2016.

Thanks Bobby, Mike. for your comments. I've been told that hopefully Mr Huang will be back in the new year, so we have something to look forward too.
And I will soon be finding another system to post in my Zcode forum. will be a lot easier for us too. 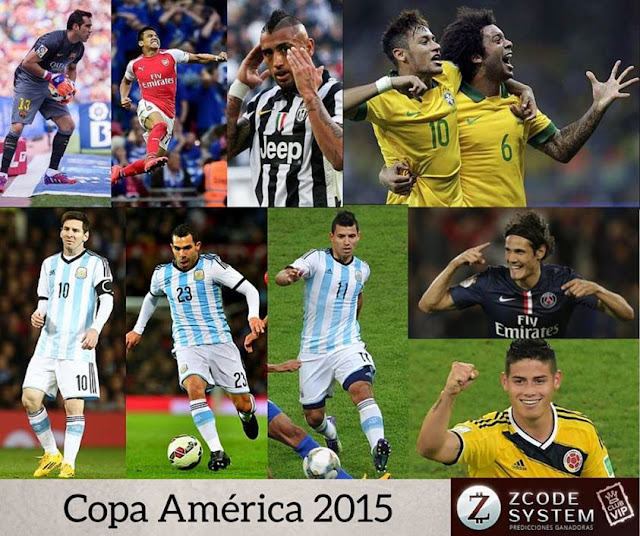